Anchorman: The greatest movie of all time Now I know what you may be thinking; "Anchorman got a 66% on rotten tomatoes, it's not even that good." While objectively Anchorman: The Legend of Ron Burgundy is in no way a masterpiece but subjectively, I love it. I've seen my fair share of comedies over the years with some being good ( Monty Python and the Holy Grail, Spaceballs, and Hot Fuzz) and others being terrible ( Master of Disguise, Jack and Jill, and Soul Plane) and from that large mass of comedies, one movie has stood out to me and has solidified itself as my favorite movie of all time; Anchorman. There's just something about this movie that makes me want to watch it over and over and over again and not get tired of it. I've bought Blu-Ray copies of both Anchorman 1 and the sequel which I will talk about at a later time, and I've watched it enough times that I've been able to naturally use quotes from the movie in everyday conversations ( a feat that I could only do with Star Wars quotes). Now in order to talk about why I love this movie so much, I'll break things up into 3 categories; Plot, Characters, and Comedy.

The plot of Anchorman is simple, Ron Burgundy is a big shot anchorman for the local news in San Diego. He meets a woman named Veronica Corningstone at a party who just so happens to be the newest addition to the news team. The movie follows Ron's as his relationship with Veronica affects not only his relationship with his friends but his career as a whole. There is also a B-plot of a panda giving birth at the San Diego zoo and and all the news channels in the area are trying to get coverage of it. I like how the plot is handled. The pacing is done well and it perfectly chronicles Ron's rise and fall from being a big shot news anchor to a has-been and back to being a big shot news anchor.

Whoever was in charge of casting for this movie did a spectacular job. Every actor from Will Ferrel to Paul Rudd, Steve Carell, and Christina Applegate made their characters feel real and I love it. My favorite character in this franchise is Steve Carell's character Brick Tamland. Brick is for lack of a better word, a complete moron. To quote Brick himself from the first movie "I'm Brick Tamland. People seem to like me because I am polite and I am rarely late. I like to eat ice cream and I really enjoy a nice pair of slacks. Years later, a doctor will tell me that I have an I.Q. of 48 and am what some people call mentally retarded." The man said it himself that he is mentally retarded. Every scene Brick is in is just amazing especially when he talks. The pants party scene is one of the most hilarious scenes in the movie. In that scene the news team tries to see who can land a date with Veronica and Brick goes with a fairly simple pick up line but his delivery is what kills it. In stead of saying there is a party in my pants and you're invited, Brick says "I would like to extend to you an invitation to the pants party." Its fairly evident though that Brick probably has no idea whats going on and is just doing what Ron and the others told him to do.

Many of the jokes in this movie are memorable and quote worthy. In my opinion I think one of the movie's strongest points in terms of comedy is its use of physical humor and sight gags. One of the most famous and most hilarious scenes in the movie is the Anchorman fight. This scene comes out of no where with it originally just being a confrontation between Ron and his team vs the rival news team. Then out of nowhere, 3 or 4 other news teams appear out of nowhere which is a perfect opportunity to fit as many cameos as you can. The fight is the textbook definition of outlandish with guys riding horses and dragging people with nets, Brick killing a man with a trident (at the beginning of the fight he had 1 hand grenade and no one knows where he got the trident), and all the news teams scattering as soon as one of them sees the police arrive. The fight in the sequel is 10 times better with even more cameos and is even more unexpected. The rest of the comedy is paced well with the jokes not dragging on and at the same time not being cut too short.

Like I said before, this movie is subjectively my favorite movie of all time. Some of you might think its not that good or its not even really funny but hey everyone is entitled to their own opinion. So if you haven't seen it, I suggest checking it out. If you didn't like it, hopefully this can show you why I at least like it. If you did enjoy the movie then awesome.
Anchorman Anchorman 2 Legend of Ron Burgundy. Steve Carell Will Ferrel 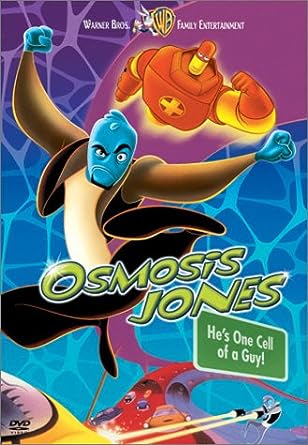