- August 17, 2018
Do you guys remember the movie Osmosis Jones. It was a fairly decent movie about the inside of a very disgusting guy played by Bill Murray. It was about a white blood cell named Osmosis Jones aka Ozzy and his new partner, a pill named Drix ( I'm not sure how long the effects of a pill are supposed to last in the human body but I'm pretty sure Drix is an immortal pill). It followed Ozzy and Drix while they investigate a virus that has entered Bill Murray. 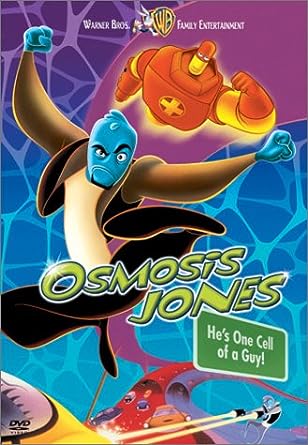 Now imagine 13+ years later a manga artist named Akane Shimizu decided to make a manga about the day to day adventures of a stoic white blood cell and a ditzy and adorable red blood cell who is terrible at her job. Thus we have cells at work, one of the most popular anime of summer 2018.

Now before I begin talking about what I like about Cells at work, I'm going to do a little comparison between the two.  Much like Ozzy and Drix, Cells at Work has a monster of the week type plot with each monster being a different type of bacteria or virus that has entered the body. One of the main differences is that not only does Ozzy and Drix (and Osmosis Jones) show what goes on inside the body but it also shows who's body it is. In the movie its Bill Murray but in the show its some kid named Hector ( I had to do some refreshing on Ozzy and Drix before making this). In Cells at Work, they have yet to show the outside of the body at all. One thing I do love that Cells at Work does that Ozzy and Drix didn't quite get right is the design of everything. Now I do appreciate how in Ozzy and Drix, everything looks blobby and alien-like which makes sense for the kind of show/movie that it is but at the same time you could show a clip from it to someone who has never seen the show/movie before and tell them it was some sci-fi movie set on a distant planet and they would believe you. Cells at Work however portrays each cell in a very human way. While that does mean many of the red blood cells look the same and many of the white blood cells look the same, that also means that every type of cell is easy to identify. Another thing that Cells at Work does really well is the explanation of each new cell or pathogen introduced so that way you get to see typical anime action and comedy while also learning something new at the end.

Now that the comparison is done, its time for a review of sorts. So right from the beginning of each episode you are treated to a very fun and light hearted opening which introduces us to the main characters of the show and the various types of cells you'll see throughout the series. For those dedicated anime watchers, there are some familiar voices in the show such as Daisuke Ono ( voice of Jotaro Kujo in JoJo's Bizarre Adventure) as Killer T Cell. The show's blend of comedy, action, and tidbits of factual information makes every episode worth the watch.
anime cells at work manga