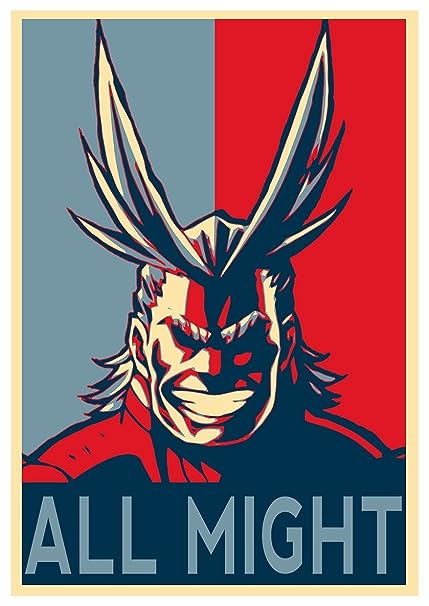 All-Might, the symbol of peace and number one hero in My Hero Academia. He is the 7th user of the quirk One-For-All and mentor to Izuku Midoriya (aka best boy). I feel like the old over powered mentor trope has been used a lot throughout shonen anime especially with people like Master Roshi and Jiraya in Dragon Ball and Naruto respectively. Even though the idea of All-Might isn't exactly original because he's basically a more interesting Superman, but All-Might as a character is definitely very original. There's just something about him that puts a smile on the faces of not just the people in the show but also the viewers everywhere watching. Whenever he is on screen and you hear that hearty triumphant laugh and his signature theme song, you know things are gonna be all right.

Toshinori Yagi better known as All Might may be the symbol of peace in the eyes of many citizens in the My Hero Academia world but he does have a secret that the world must never know about. After a brutal fight with his arch nemesis All for One, All Might suffered a near fatal injury that destroyed his stomach and left him hospitalized for a while. Due to the injury he suffered, he can only maintain his muscle form for about 2 hours a day. The rest of the time he looks like this: 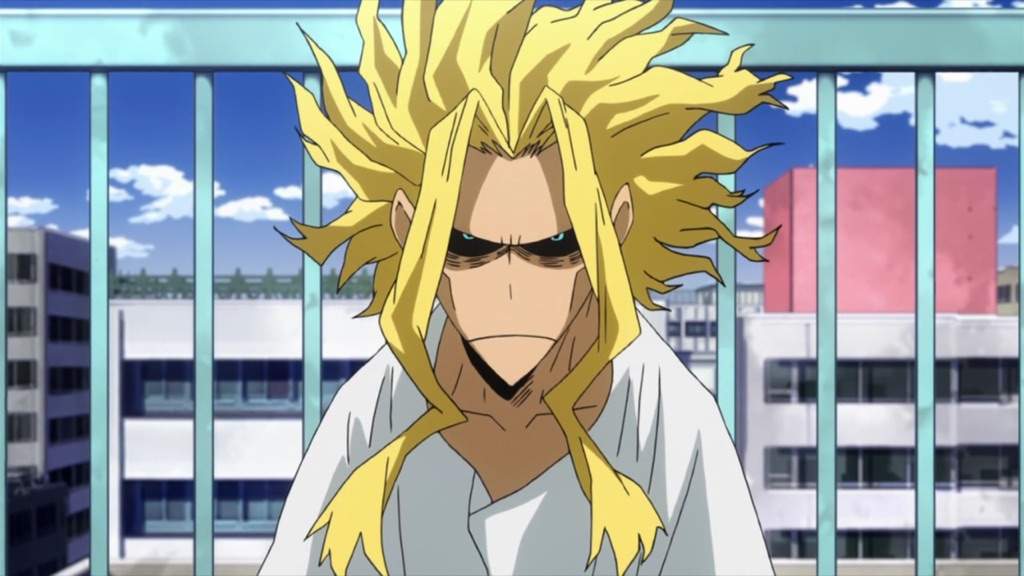 That however does not stop him from saving people with a smile. What I love about him is that he will do whatever it takes to save people even if it costs him his life ( he doesn't die by the way). In season one during the USJ arc, the league of villains had infiltrated the facility and pro heroes that were already there have been defeated and the students were beginning to lose hope. Just before the students had lost hope, All Might had arrived and you could feel the relief. All Might fought with everything he had to protect the students even when he had reached his limit, he fought till the very end. I feel like All Might is portrayed the way small children view their parents in the sense that he is this unstoppable force and whenever something bad happens, as soon as he shows up you immediately know everything is going to work out in the end. Now before I end this, here's a video of All Might being a dad for 2 and half minutes.